Education opens up the mind, expands it and allows you to improve your life in so many ways.

“There are only two last gifts we can hope to give children, one is roots and the other is wings”.

Education seeks to inculcate a set of values that would equip students for effective living and for responsible citizens in a democratic society. Education is not directed at mastering highly specialized subject matter. It is the part of preparation to enable him to live rather than prepare him to earn a living.

Through education the students basically gets a general awareness of almost all the subjects that he is interested in and a bit of specialized knowledge that would prepare him for further education in some chosen subject. “An Educational Institution is a community of the truth seekers. If it ceases to serve that function, it is no longer An Educational Institution”. Every man has an aim in life.These are set in accordance with environment he grows up in.The things with which he grows up,builds in the child a picture of the life that he would carry with him throughout his life.This is what shapes his ambition and then his journey towards the goal.The education he opts for depends upon these and it is on these lines that he grooms himself.
Real education is the one that molds the thinking prowess in such a way that it is not chained in the man made chains and differentiation.The education of person is measured by how much his mind has nurtured . In other words, how enlightened is his thinking.
The mind should be used to think instead of being converted into a warehouse of information
At last I would sum up my aim as

Essence Of Life
To laugh often and love much;
To win the respect of intelligent persons
and the affection of children;
To earn the approval of honest critics
and endure the betrayal of false friends;
To appreciate beauty;
To find best in others ;
To give off one’s self without the
slightest thought of return;
To have accomplished a task,whether
by a healthy child,a rescued soul,a
garden patch,or a redeemed social condition;
To have played and laughed with
Enthusiasm and sung with exaltation;
To know that even one life has breathed
easier because you have lived;
This is to have succeeded. 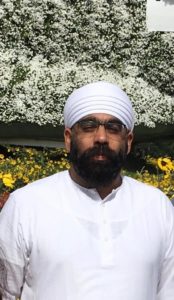 A complete cloud based ERP Software for 100% digitalization of the school which helps parents track every aspect of their ward on their Mobile screens.